“I Will Wait” (for Mumford and Sons to Come Back) 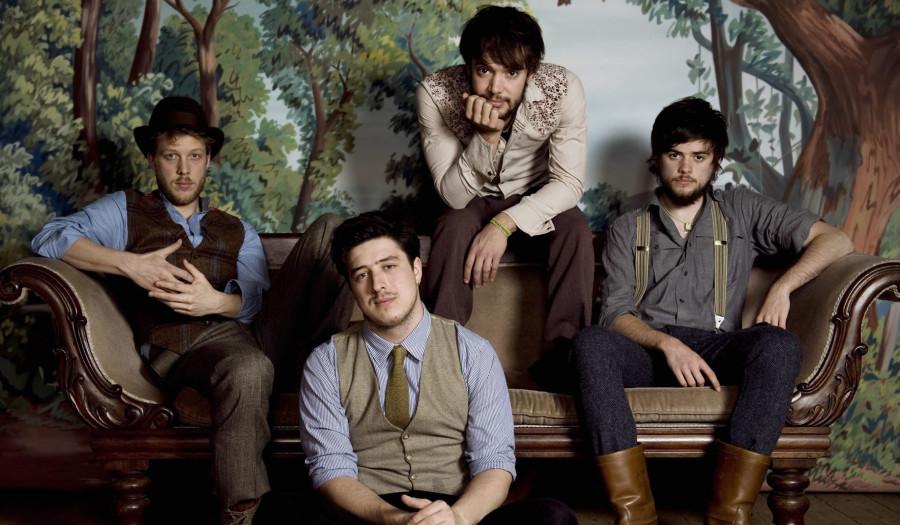 For a long time, I thought the idea of a “bucket list”, a list of things to do before you die, was pointless. There was no one thing that made me say, “Wow, I will die happy if and only if this one thing occurs!” And then I started listening to Mumford and Sons.

Mumford and Sons is a folk rock band from England that made their debut in 2009. I, like most people, only discovered them after their song “Little Lion Man” made its way to the top charts and played every five minutes on every single radio station. But, being the obsessive individual that I am, once I realized that I liked their music, I had to download every song from their first album. And, when their second album, Babel, came out last year, you can bet I listened to it on repeat, nonstop, for about two weeks. And that’s when I realized it. Finally, something had made it to my bucket list. I had to see Mumford and Sons live.

I knew they were on a tour of the States, and they even had a stop in New Orleans, but there was no way for me to make it on the date they had. So, when I found out that the entire tour was rescheduled to six months later, I couldn’t buy the tickets fast enough.

And sure enough, six months later, I found myself driving the 160-mile journey to New Orleans with my Mumford and Sons playlist pulsing throughout the car. After two albums, several missed turns, and one mysterious bumping noise coming from the back of my car, I had finally made it to the venue where they would perform, Mardi Gras World.

Walking into the huge open area, with the wind blowing off the Mississippi River next to us, I could feel the energy in the air. I had just gotten settled into the crowd, a respectable distance from the stage, when I saw on Facebook that a few of my friends were at the concert too (thank you, social media networking!).

But, being with my friends didn’t even matter in the end. The concert was an individual experience for me. Because, Mumford and Sons has a way of performing for the people, not for the masses. In a sea of some 30,000 people, they were singing for me. Of course, I danced and sang with my friends next to me, but once the sun set and the stage was the only thing lighting the crowd, I was drawn into the raspy voice of Marcus Mumford (and not to mention the adorable looks of Winston Marshall, the banjo player).

There’s something about concerts that’s so fulfilling for me. It’s just being in the middle of a huge crowd, all experiencing the same thing and different things at the same time. And Mumford and Sons did such a good job at providing these experiences. Everybody was shouting the lyrics with their neighbor, but each person’s tune was just a bit different from the next. Each person was vastly different from the person standing next to them, and yet we were all there for a common experience, to listen to and appreciate some great music.

So as the banjo was plucked and the voices rang shrill, I smiled and thought about my bucket list. I realized how important it is to have one. There are some things that are vital for a human to experience before they die. For me, it was seeing Mumford and Sons live, but for someone else it may be skydiving, or anything else in the world. Because the concept of experience is such a human thing. I find that the times I feel most alive are when I’m out of my comfort zone, experiencing things.