Which Is the True “True Grit”? 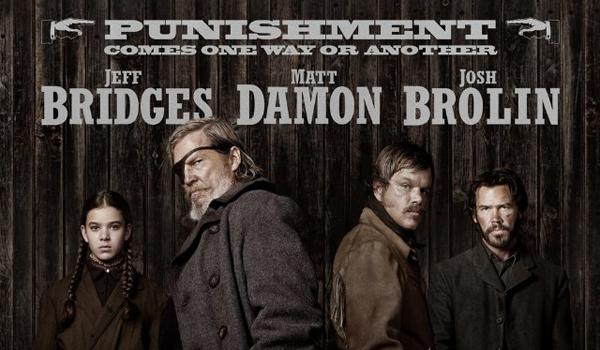 Hello, once again, and welcome to The Duck Review. It has been a while, hasn’t it?

Well, as sort of a belated Christmas gift, I’ve decided to do something a little different in this review. This is Old vs New; this is where I review a new remake or reboot movie and compare it to the original.

Today’s movie is True Grit. For those of you who didn’t know, True Grit was actually a novel written by Charles Portis. The story is about a 14-year-old girl named Mattie Ross whose father was killed by a man named Tom Chaney.

Mattie goes to Fort Smith to settle her father’s affairs and hires the toughest deputy Marshall in the district, Rooster Cogburn. She accompanies him to avenge her father’s death. Along the way, they are joined by a Texas by the name of La Boeuf who also wishes to see Chaney dead.

Both of the movie adaptations follow the novel pretty closely except for a few scenes that are a little different. So, really, my review is based on which actors I preferred. The original movie, directed by Henry Hathaway, stars John Wayne (Rooster), Glen Campbell (La Boeuf), Kim Darby (Mattie), and Jeff Corey (Chaney). The remake is directed by Joel and Ethan Coen, and stars Jeff Bridges (Rooster), Matt Damon (La Boeuf), Hailee Steinfield (Mattie), and Josh Brolin (Chaney).

First off, John Wayne is just plain awesome as Rooster! Sure, he is old and a little overweight, but, still, he is just amazing–probably because John Wayne is an icon among westerns.  Jeff Bridges is okay, but for the life of me I couldn’t understand him for a bit of the movie. He certainly plays a good drunk, but, overall, I have to give the point to “The Duke”.

Moving on to our gun-toting sidekick, La Boeuf. To be honest, neither of these actors amazed me. Glen Campbell clearly shows he should stick to music, and Matt Damon,…well, I just wasn’t moved by his performance. If I had to choose, I would have to side with Campbell.

Now, let’s move on to our female protagonist, Mattie Ross. This one is a little harder to pick. They both play the part of a logical 14-year old girl, but Darby plays Mattie as a tough-as-nails type who seems a little too eager to start shooting. Steinfield, on the other hand, plays a more realistic role. Yeah, she wants revenge, and sure, she is logical, but she is still a little girl, and she does get scared. I have to go with Steinfield on this one.

Finally, let’s discuss the main villain, Chaney. This one is more of a preference on appearances, to be honest. Both actors do a good job in their roles, but Brolin just seems more believable. When you look at him, you say, “yeah, he’s the bad guy.”  Corey, on the other hand, doesn’t have the same effect. Point goes to Brolin.

So my review ends in a tie based on characters, but if I had to choose which movie to recommend, I would suggest the original. Why, you may ask? Well, that’s simple. It has John Wayne! Seriously, he was amazing. I still would recommend you see the remake, too, but if you do, watch the original first. I give the original four and a half stars out of five and the remake three and a half.